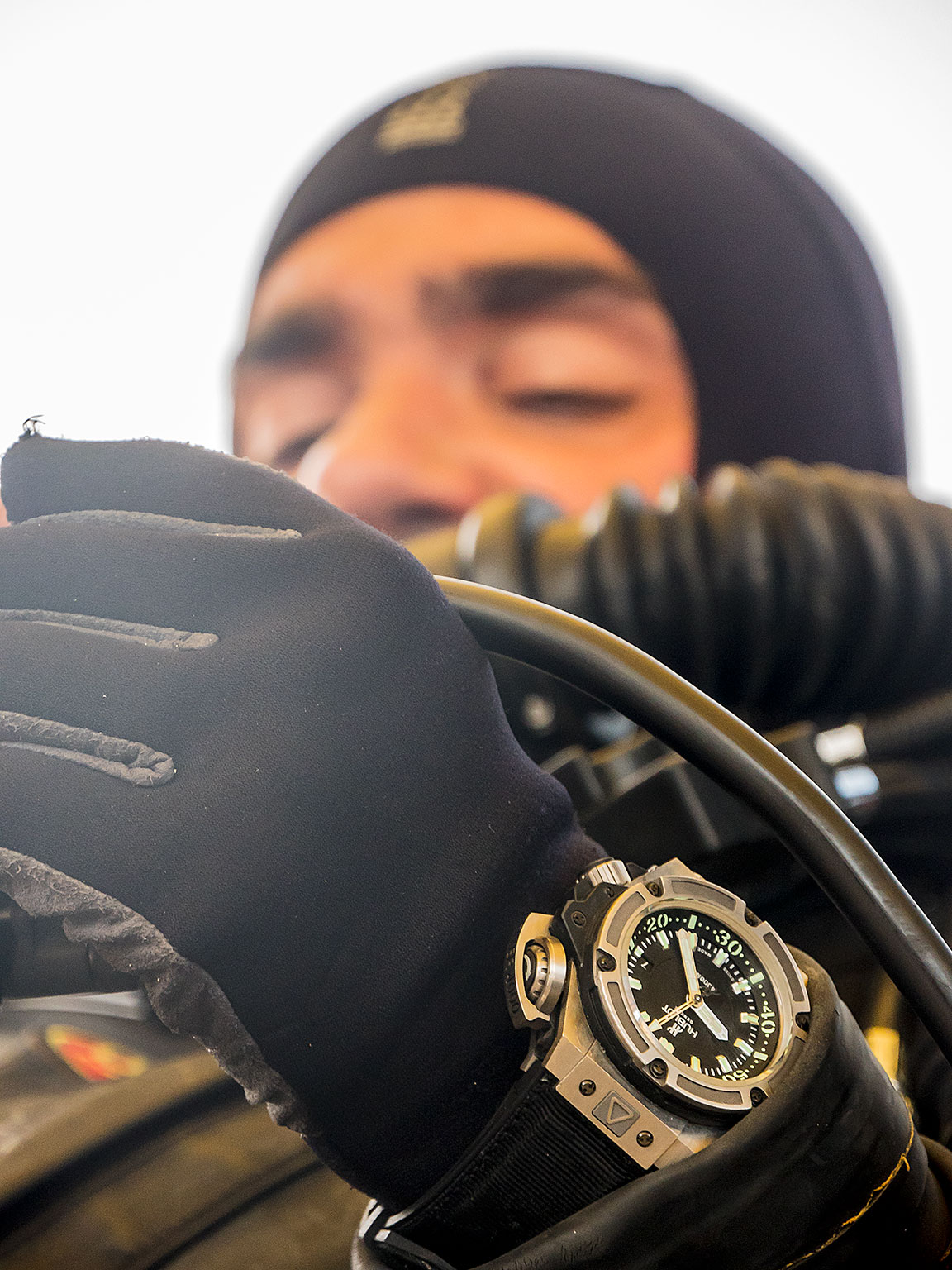 Hublot is supporting the “Return to Antikythera” project since its official beginning in 2014, providing the divers with the official diving watch, the “Oceanographic 4000” and with a significant contribution to the project’s budget, but also with technical and scientific support of the diving and archaeology team, through the skills of its R&D Department.

Since the 2015 season, Hublot has decided to develop a system of underwater drones that will assist and extend the capabilities of the diving team. This drones, named “Bubblots”, have been tested in 2019 in Sicily and should be operational in 2021.

Hublot has also funded the big exhibition of the Antikythera Shipwreck at the National Archaeological Museum in Athens, and developed the permanent showcase of the Antikythera Mechanism. Close to the Mechanism, as a modern tribute to it, the Museum’s visitors can see the Hublot “Antikythera” watch, which miniaturizes all the functions of the Mechanism known until 2008.