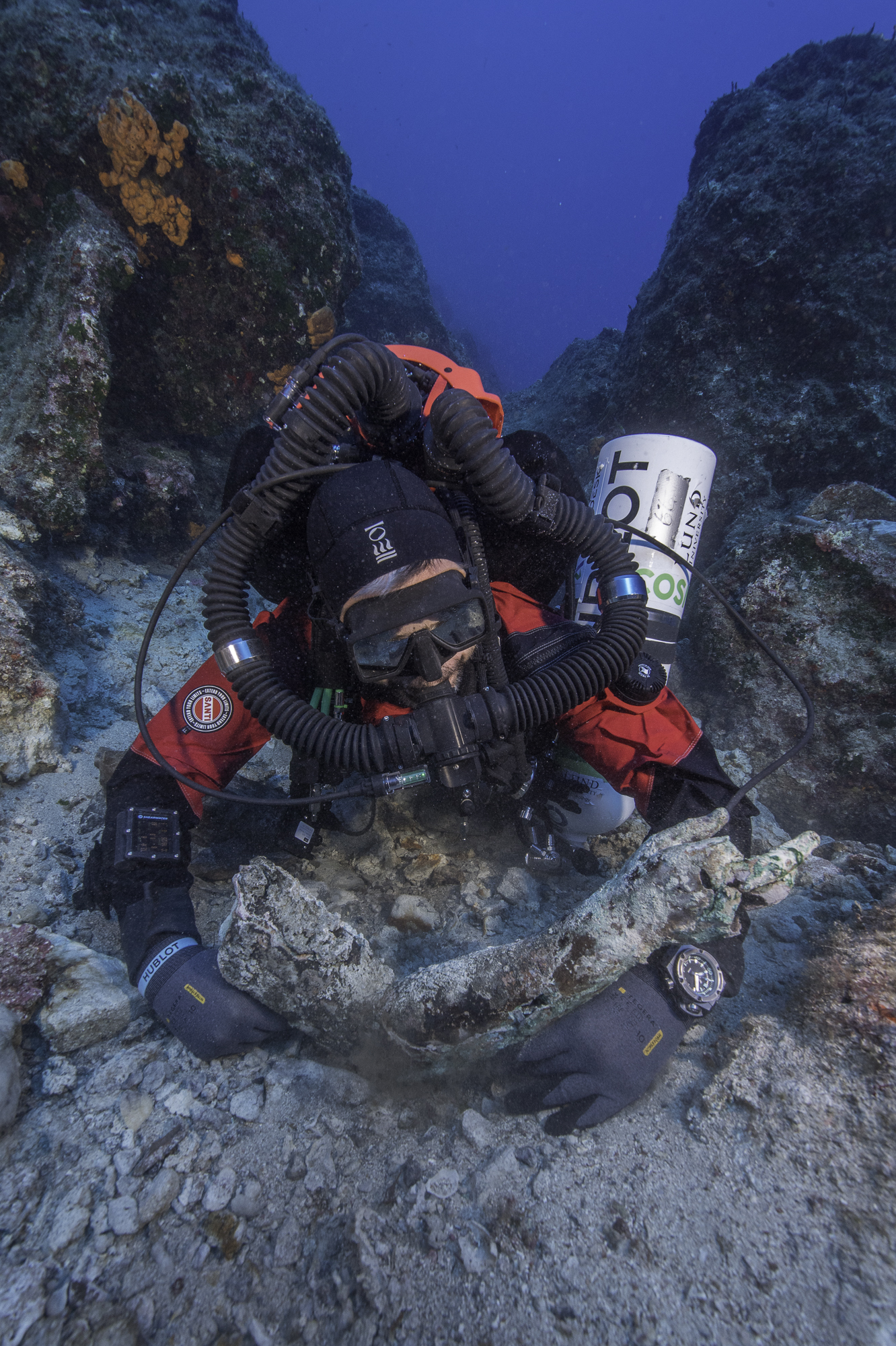 The Ephorate of Underwater Antiquities completed the new underwater excavation/mission at the Antikythera Shipwreck. The research lasted from 4th to 20th of September under excellent weather conditions for first time after 2014 when was completed the detailed mapping of the area where a Roman era ship was wrecked. The ship was loaded with a cargo of art pieces and luxury goods, among of which the famous Antikythera Mechanism was also recovered.

The excavation was continued at the trench from where human remains were recovered last year, plus equipment of the ship itself like lead pipes, counterweights, iron encrustations of possible ship tools, etc. The trench continued to deliver similar material among ample pottery shards of amphorae and other vessels.

Meanwhile the excavation was extended to two more areas where marble and bronze statue fragments where located under big stone boulders that slip to the area because of a severe seismic event. Notable among the fragments is a bronze arm, that increases the number of bronze statues that are considered to lie down at the site, taken in consideration the sparse elements recovered before. Another important bronze statue element is that of a clothing/dressing. Distinguished among the marble fragments is also that of a nude possible male leg embedded on a base (plinth) that was located under a huge boulder.

Further smallest finds, pottery shards, nails, lead sheathing fragments as well as objects that witness the passing from the site of the Cousteau – MOCS team in 1976, were plotted or recovered. Several unidentified -though initial visual observation- finds are also supposed to be studied further for their interpretation. Most considerable one seems to be a metal disc with four holed protrusions, decorated with a bull that was observed with the use of x-rays.

Exclusively significant are also fragments of the ship-shell (skeleton and planking) that was located. These, in consideration with the rest of the finds, the location where they were found and the information that we have from the 1900 salvage illuminates the picture of the nautical accident.

The project is under the aegis of the President of the Hellenic Republic and was financed from sources secured by Dr Brendan Foley and delivered through Lund University and the Non Profit Argo.

Special thanks are due to Kythera Municipality and the heroic inhabitants of Antikythera who always welcome the team and support it with any mean.

Watch the video from the 2017 expedition: